David Cinelli is a local real estate agent at Royal LePage, Canada’s real estate brokerage servicing in Toronto. Even though his father became a real estate investor at the age of 20 (and showed him the ropes at an early age), David didn’t discover his hidden passion until much later after being involved in multiple kinds of jobs related to different fields.

His father strived to give his children and wife a better life than what he had. He worked hard as a hairstylist, but most of his wealth was earned in real estate and due to this, he was able to accumulate enough wealth to afford quality education for his children. David attended private schools, got a scholarship for hockey at the University of Wisconsin-Stevens Point where he did his bachelor’s, and then got an MBA degree from Wilfrid Laurier before starting into the workforce full time. His first full-time job at Toronto Hydro started in 2006 where he realized how much the government takes for taxes. He read numerous investment books and discovered that selling rental properties was one of the best forms of passive income which could mitigate the amount of money that is spent on taxes. He soon discovered that, like his father, his true love and passion lies in real estate.

As the top producer and award-winning realtor, he is doing exceptionally well in the real estate market. He was awarded the Red Diamond Award three times, along with the Director’s Platinum Award and President’s Gold Award. He was in the top 1% of the Toronto Real Estate Board and the top 2% of Royal LePage realtors across all of Canada. However, this year he aims to be included in the top 1% of Royal LePage agents and is right on track to achieve this goal.

Moreover, David is also a co-host of an exciting new real estate show for HGTV Canada called the Hot Market. This show is all about the hustle of buying and selling properties, landing the biggest listings, and earning top dollar through transformative renovations. It follows 5 top real estate agents, including David Cinelli, as they navigate Canada’s most competitive housing market.

David came to us because he wanted to further boost his services credibility and authority.

David Cinelli was widely known for his expertise in the industry of real estate, however, He wanted to further boost Their services credibility and authority. What we needed to do was to craft out a unique angle for their story and help them to get press features in different major publications. 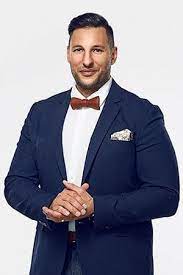 “Mogul press helped me get featured on several publications. They did it very quickly and my experience of working with them was really great. They delivered everything they have promised. If you're looking to get PR work done, then you have to reach out to Mogul Press, and you won't be disappointed.”
https://youtu.be/HL7jtvUoENI