Mohammad Sheikh Suliman is a highly successful businessman, angel investor, Arabian Horse World Champion, qualified horse trainer, and founder of the world-renowned Al-Sheikh Stud. Born in 1990, Suliman hails Arab descent and graduated with a degree in business administration and management in 2015. While still in high school, Mohammad Sheikh Suliman launched his first business venture in 2011 that specialized in sleep cycles. Suliman has previously invested in businesses in various categories such as IT companies, health sector companies as well as real estate. Until now he has invested over $7 million into more than 50 companies. Suliman has himself built his fortune through various startups, so he realizes how important investments are for new businesses.

Mohammad Sheikh Suliman founded the Al-Sheikh Stud 2016, which is one of the world’s most renowned Arabian horse studs. Suliman has always been very passionate about horses, especially Arabian horses, and that can be seen in the massive success that the stud has acquired since its opening. The Arabian horse stud has transformed into a leading name in the industry and won multiple championships at the International Arabian Horse Shows.

The stud owns numerous stallions and mares which are located in both Israel and Belgium. The stud produces the world’s most beautiful and successful Arabian horses through their breeding program. Mohammad Sheikh Suliman has proved himself to be a talented and passionate horse breeder and trainer with an exceptional vision. Suliman’s passion and dedication have won him and the Al Sheikh stud international recognition and success.

Mohammad’s Arabian horse stud has been just as successful as his previous ventures. Mohammad Sheikh Suliman is truly a man of all works. He showcases immense passion and determination and proves himself in every endeavor that he takes upon.

Mohammad Sheikh Suliman had successfully transformed himself into an all rounder, from an angel investor and businessman to a horse stud owner. However, a very essential aspect was missing that could open doors of never ending success for him, and that was press features and social media verification. 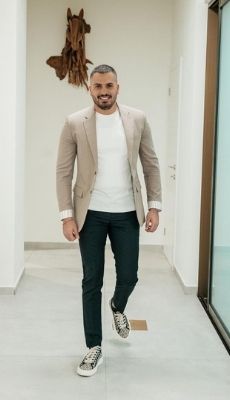 “Mogul Press has helped me boost my brand credibility by securing press features for me on renowned media publications. They also got my Instagram account verified within the promised time frame. I would recommend them!”