Umar Ashraf is a businessman, renowned trader, and a Youtube personality. Umar Ashraf was born in Pakistan but raised in New York. From a very young age, Umar developed a great interest in the working of businesses, and stock trading in particular. At the age of 18, he launched his first ever business venture, a property solutions company that unfortunately, failed drastically.

However, Umar Ashraf did not let his failure become a hurdle in his future endeavours and buckled up once again to embrace greater achievements. Being knowledgeable in stock marketing to some extent, Umar started trading, and after going through some ups and downs, finally gained consistent profitability in the market. Today, he is a successful trader, as well as a business owner with thousands of fans on Instagram and Youtube world wide.

As Umar succeeded at trading, he took a chance at launching a trading community called the Stock Market Lab in an attempt to help the developing and struggling traders with relevant trading education. Umar further shared that he has been successful in taking the right move, and celebrates a SML community of over 2000+ members.As for now, Umar is working on TradeZella that is a trading feedback tool to aid retail traders with their regular trading decisions and elevate it to a whole new level.

Umar believes in spreading knowledge and leaves no chance of doing so through social media platforms like Instagram and Youtube. He makes the audience learn from his personal experiences and motivates them to make the right moves in the world of trading and investments.

Umar Ashraf had a good following on social media platforms such as Instagram, but he wanted to take his online presence and his business to a whole new level. Our main goal was to get Umar Ashraf featured on top-tier media publications in order to boost his brand credibility. So we needed to leverage our network of connections to get him featured on some of the biggest media outlets that we have access to.

To authenticate his brand and give it a boost, Umar Ashraf also wanted to get his Instagram account verified. He had struggled to achieve this in the past, and had hired many agencies that had failed to deliver.
He reached out to us, and since he was not eligible for verification, what we needed was to get him featured on world class media publications that could help him get his Instagram account verified. 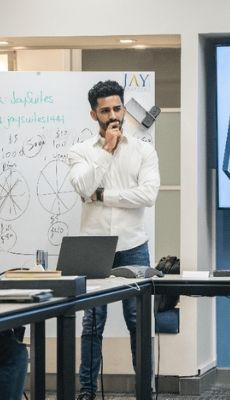 “Nabeel and his team at Mogul Press successfully secured press features for me in major media publications. This not only helped me get verified on Instagram, but also tremendously boosted my brand credibility. I would absolutely recommend Mogul Press!”