Ayman Assi is a British-Lebanese entrepreneur who has built up many successful businesses in various niches. His work consists of being the founder of Amerald UK, an events company A Events, and a restaurant known as Beit El Zaytoun. Ayman immigrated to London from Lebanon when he was 20 years old, and from there, his success story started. In the beginning, he worked as a kitchen porter at a local restaurant in London. Later, he went through several job switches before finally landing the job of a salesman.

During this time, Ayman Assi met some like-minded people and started a business of dairy products with them. This was a turning point in his life and encouraged him to pursue entrepreneurship on his own. Unfortunately, Ayman Assi was faced with a miserable failure as soon as he opened a restaurant of his own and was left highly indebted. At his point, Ayman Assi showcased utmost resilience and persistence and took up the job of a valet at a valet parking service. He once again worked his socks off and eventually launched a successful rental car service business. The foundation of his company Amerald UK was laid by reinvesting the profits from the rental car service business. Ayman Assi places a high emphasis on client satisfaction in all of his businesses, be it Amerald UK or Beit El Zaytoun. His popularity has greatly increased in London owing to his successful Lebanese restaurant.

All of this is very impressive and inspirational, but in order to gain a permanent footing in the business world, Ayman Assi needed press coverage. This was also needed in order to increase his brand credibility and to get him verified on social media, mainly Instagram, and at that point, Ayman reached out to us.

Despite having built such massive businesses, Ayman had little to no press coverage for his brands. This was acting as a hurdle for him to get his Instagram account verified to increase his online presence and take his business to a whole new level.

Our main goal was to present Ayman Assi’s story in a way that would be unique and would meet the criteria to be published in world-class media publications. So we needed to leverage our network of connections to get him featured on some of the biggest media outlets that we have access to.

Ayman Assi also aimed to get his Instagram account verified. Hence, we needed to get him press and media features that were strong enough to meet the eligibility criteria for Instagram verification. 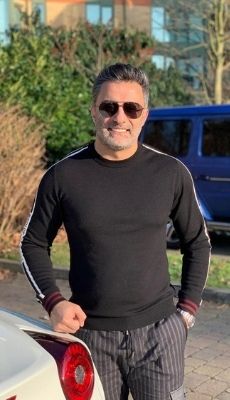 “Nabeel secured many strong press features in renowned media publications for me, and got me verified on Instagram. He went the extra mile and delivered the service on time, and as it was promised. Would definitely love to work with Mogul Press again!”